All the the best viewing spots!

The SF Chinese New Year Parade for is back for 2023!

The parade usually lasts about two and a half hours, and goes rain or shine.

San Francisco will greet the Year of the Rabbit with its historic Chinese New Year Parade. 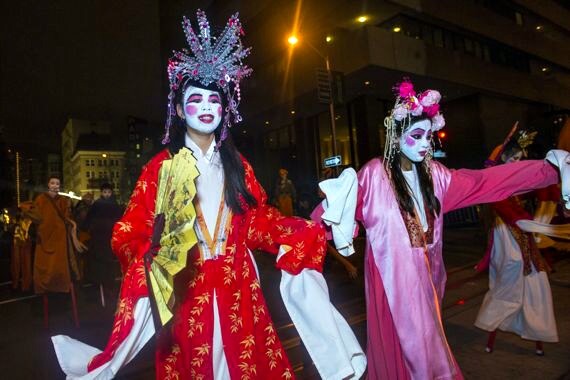 Where are the best places to watch the San Francisco Chinese New Year parade in 2023? Inquiring minds want to know, so here they are...

I walked the parade route for the Chinese New Year Parade to see what the best viewing spots would be and here's what I found.

Best Places to View the Parade: 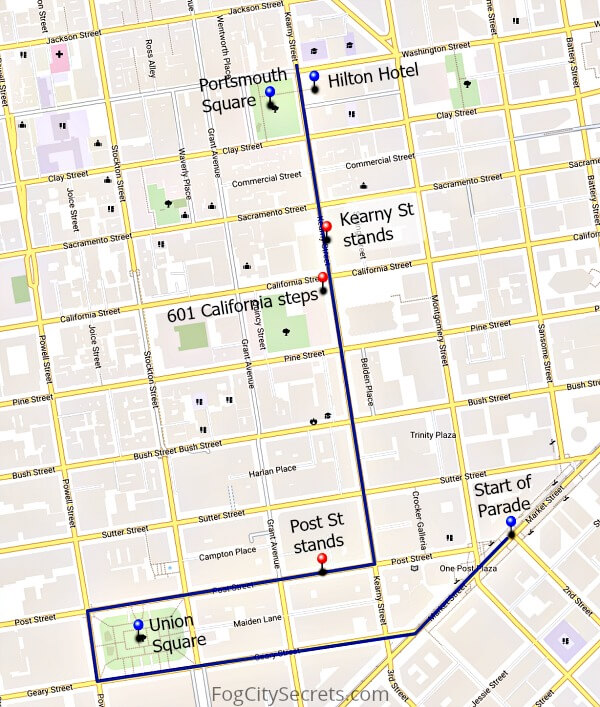 The parade starts at Second and Market Streets, downtown and works its way past Union Square, goes down Kearny Street, and ends up in Chinatown at Kearny and Washington. 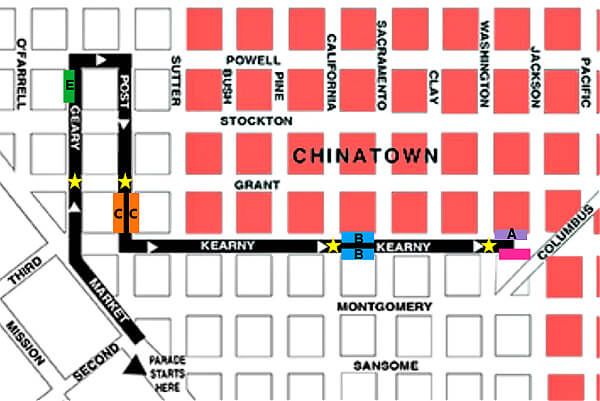 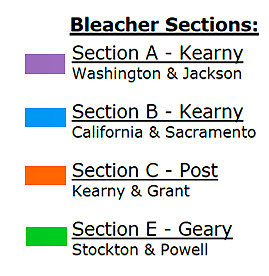 As I went along the route, I looked for good places to stand, and also for spots on the second floor or above: basically, any position that would make for better views above the heads of the crowd.

The map shows the locations of the bleachers (tickets available for purchase, see below).

Result: slim pickings, but there are some good spots! Here are the highlights.

The parade begins at Second and Market. 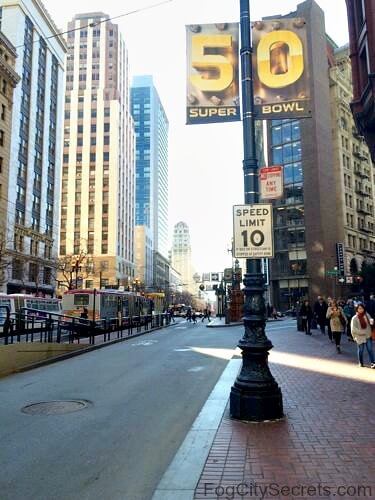 Market Street, Between Second and Third

At 3rd and Market, it veers onto Geary St. Down Geary a couple of blocks, to Union Square. 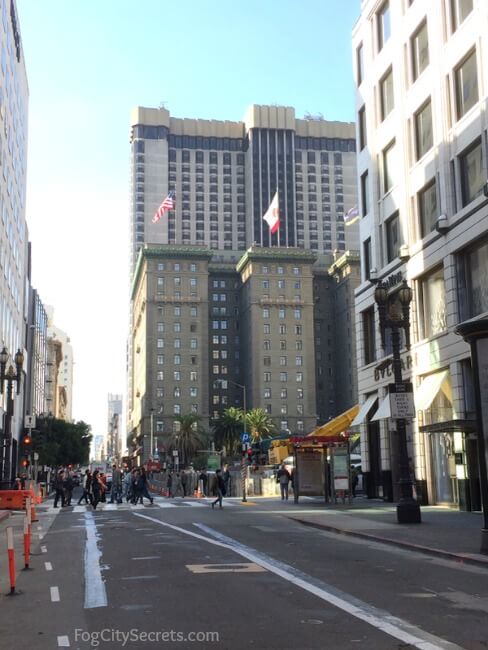 The route goes past Neiman Marcus, on Geary just before Union Square. They have a little cafe with windows that look out on the route. There is a counter with stools facing the window; could be a prime spot, if it will be open during the parade. They also have tables on the sidewalk, but I don't know if they'll be there for the parade. Might be worth checking out, but you would have to be early. 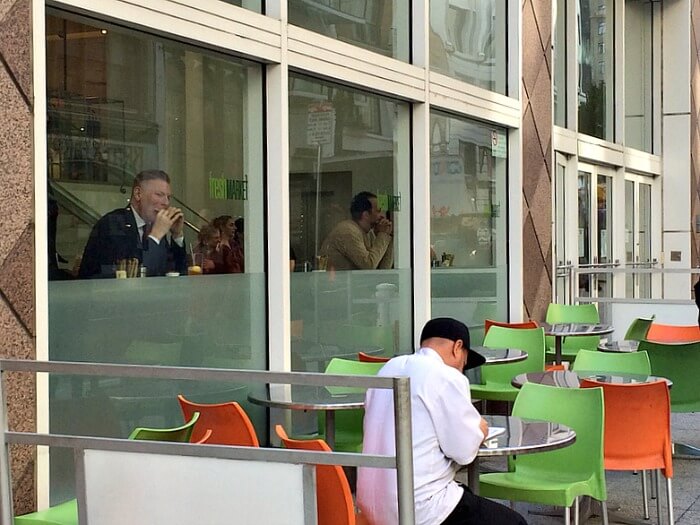 This year, the parade goes all the way around three sides of Union Square. 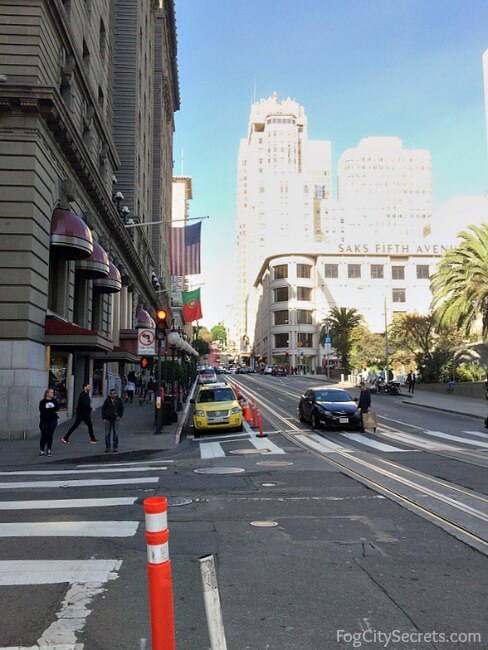 The route goes around Union Square on Powell St, then right on Post St, past Saks Fifth Avenue. 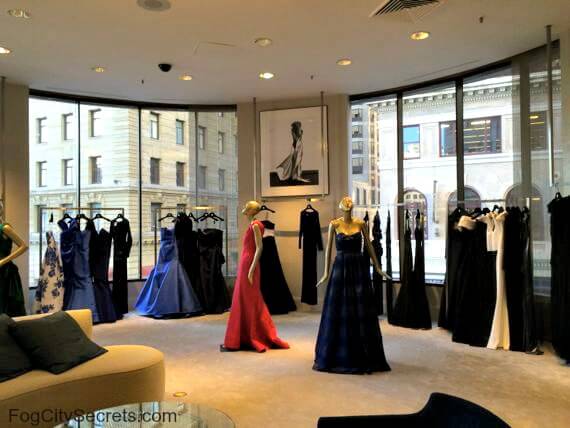 Great views from the second and third floor corner windows of Saks, but they close those areas off the day of the parade.

Union Square is a prime view spot this year. One of the viewing stands is placed on the square on Geary Street. Plus there are some other spots to check out.

There are some steps on the southeast corner (Geary and Powell) that could give a bit of a view, plus there is a slight hill on the western end of the square (near Powell) that gives a little altitude. 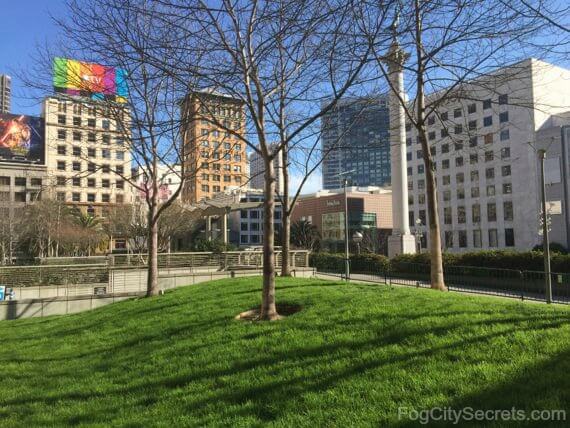 The route continues down Post Street, down to Kearny St, past all the fancy stores: Gucci, Cartier, Brooks Brothers, Armani, etc. 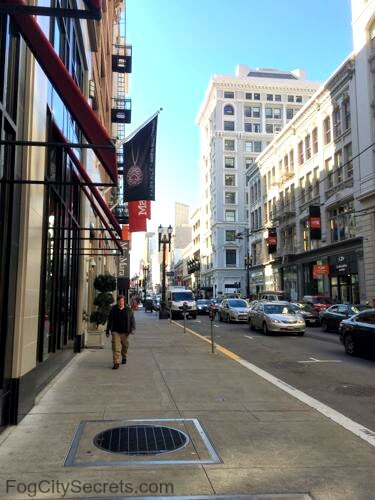 At Kearny Street, the route turns left, and goes all the way down Kearny to Washington Street, where the judges are waiting. 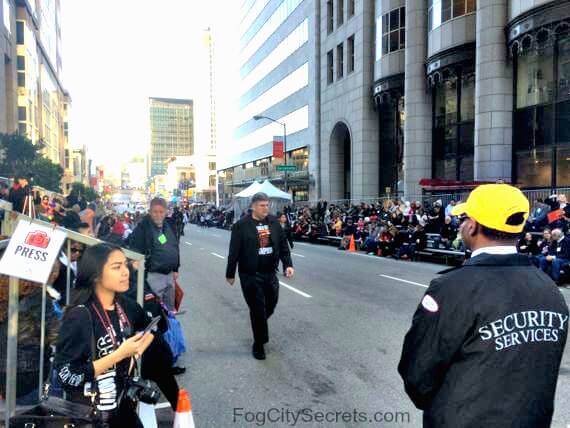 At the end of the route, the parade passes the Hilton Hotel and ends near the Chinatown City College campus. This year they've got a fourth set of bleachers here, by the judges' reviewing stand. 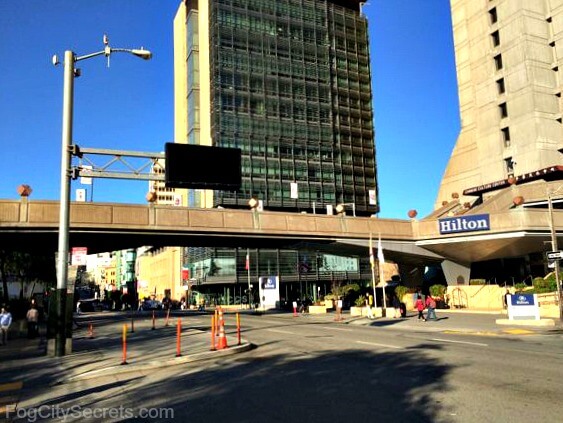 End of Parade Route, by the Hilton Hotel

The Hilton Hotel on Kearny in past years has had viewing stands set up in front of the hotel, as well as on the bridge that connects them with Portsmouth Square, but in 2017 they stopped doing it.

The bridge will most likely be closed to the public during the parade.

The parade judges will be at Kearny and Washington, near the City College campus on the corner.

The glass walls of the Chinatown City College campus offer a view of the end of the parade near the judges stands; I don't know how good of a view it will be, or how crowded, but it's a possibility. The second story is the library; I don't know if it will be open during the parade. 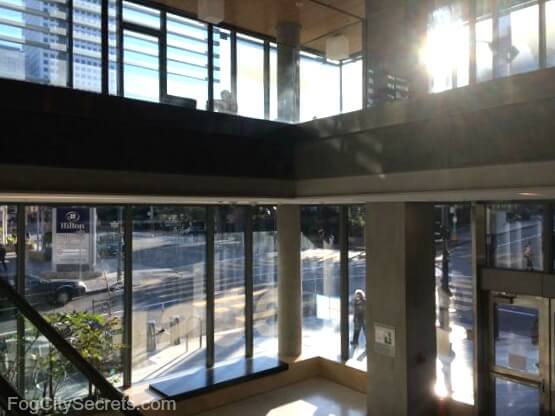 View from inside City College, near the judging stands.

Seats in the Stands

At various locations on the parade route, viewing stands like bleachers will be set up. You can buy a ticket for a seat in one of the stands.

This year, the stands will be set up at four locations:

See map above for bleacher locations.

Buying Tickets for the Stands

This year, they are selling tickets via Eventbrite; you'll get the tickets via email, or you can use the Eventbrite app on a mobile phone. They're available for purchase now; they sell out, so it's a good idea to book early.

Section A: $60. Kearny between Washington and Jackson, at the end of the parade route where the judges are.

Section B: $41. Kearny between California and Sacramento.

To get tickets for the viewing stands, you can purchase them on the official parade site, at new year parade tickets.

You are reserving a seat in the bleacher area, but there are no assigned seats. Children under 2 are free. They advise you to be at the bleachers by 4 pm. The seats are first-come, first-served. 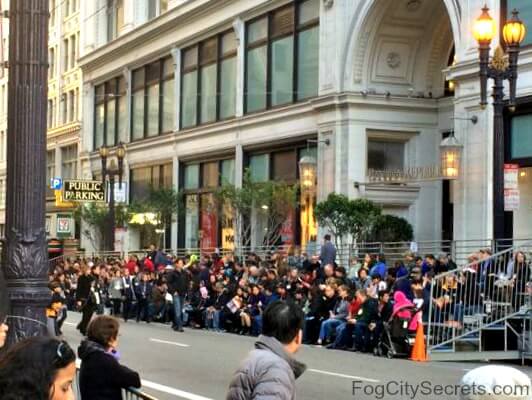 This year, these seats will be on Post Street, instead of Sutter, but they should look about the same. See photo of Kearny Street stands above.

These spots are free, and would give you a place to sit down if you get there early-ish. At the corner of Kearny and California, there are two buildings on the parade route that have a series of steps going up to them. 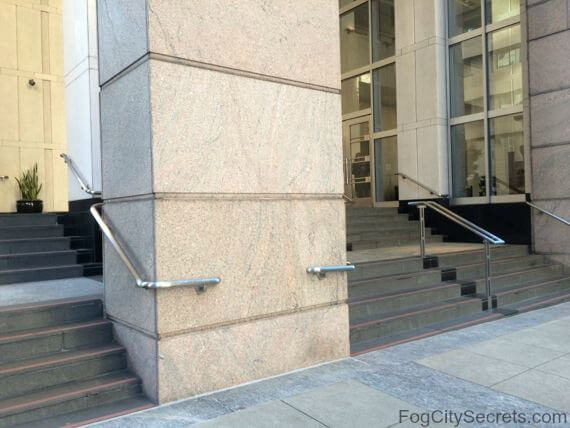 600 California didn't work out, but 601 California turned out to be pretty good. 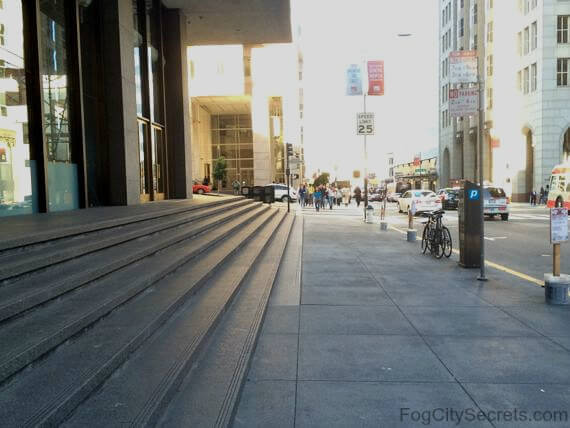 During a previous parade, the steps at 600 California were blocked off, but the 601 steps were popular. The top two or three rows should have a great view. 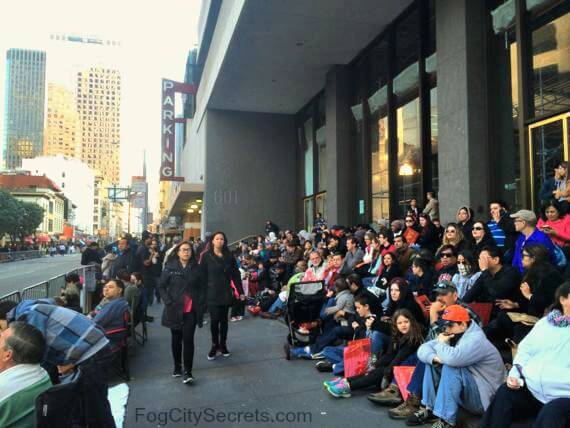 601 California steps during the parade.

Beginning or End? Opinions vary as to whether it's better to watch from a spot towards the beginning of the route (performers have more energy) or towards the end (less crowded); difficult call!

Hotels on the Parade Route

Staying in the city during Chinese New Year? A number of major hotels are right on the parade route. But only some rooms look down on the parade.

The Westin Saint Francis Hotel flanks the entire western side of Union Square on Powell Street, giving a great view of the parade coming and going. Your room would have to be on side facing Union Square.

Check out the Saint Francis Hotel on TripAdvisor.com. 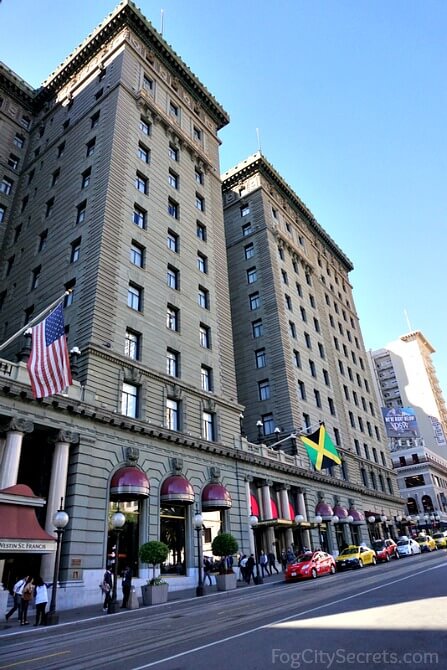 The Hilton is near the end of the parade route, right across from Portsmouth Square. The hotel entrance faces Kearny Street where the parade passes, but this year they are not setting up the bleacher seating in front. The rooms don't face the parade area, but you would staying right in the heart of it. 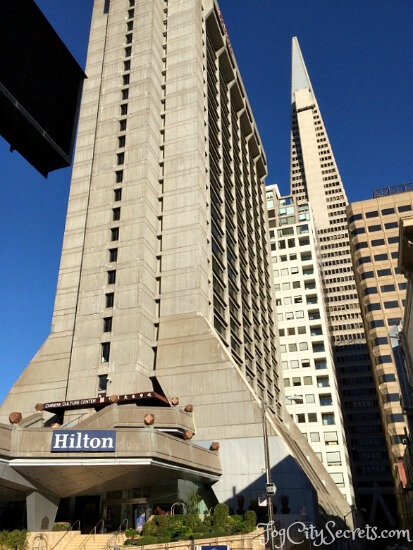 Check out the Hilton Hotel on TripAdvisor.com.

A number of popular hotels are close to the parade route, right near Union Square, if you want to stay nearby.

You can explore these on TripAdvisor.com: 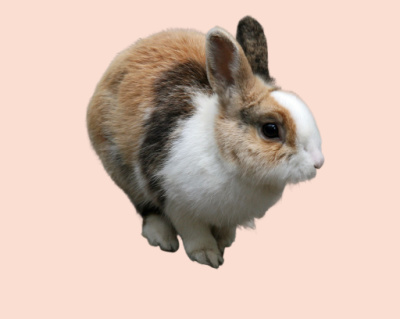 For tips on where to park for the parade, see parade parking. 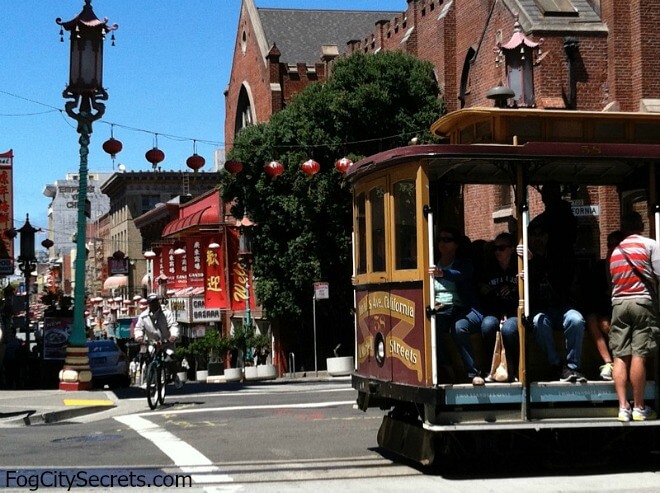 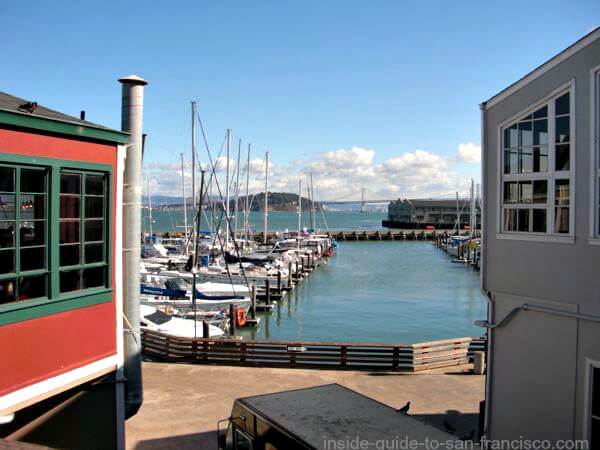 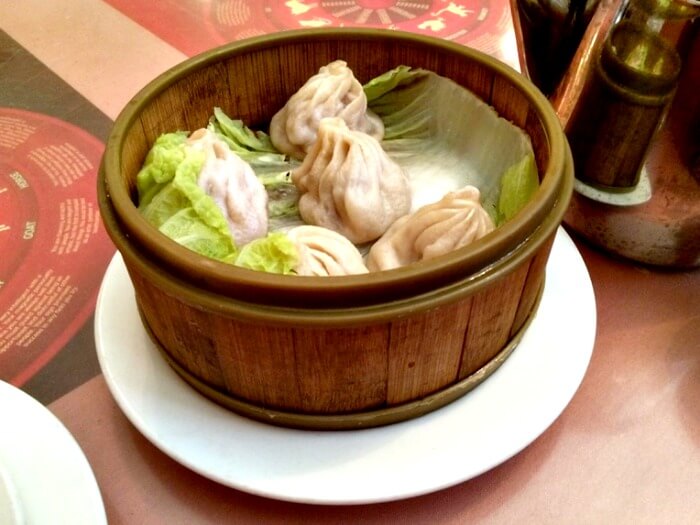 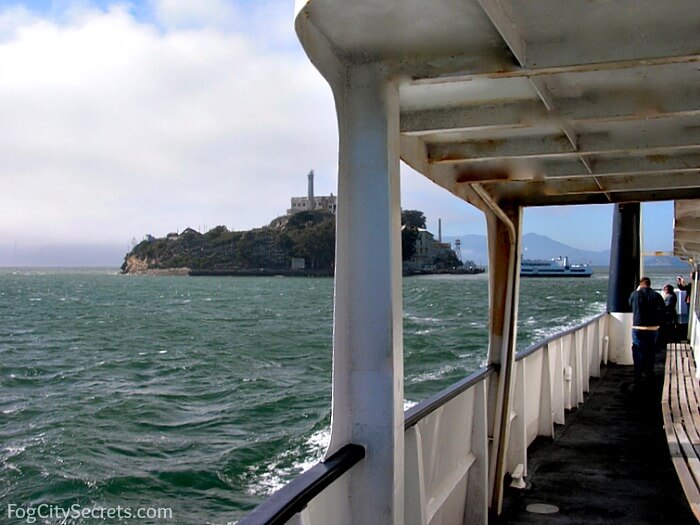